Israel: Harsh sentences for stone throwers are a bad idea 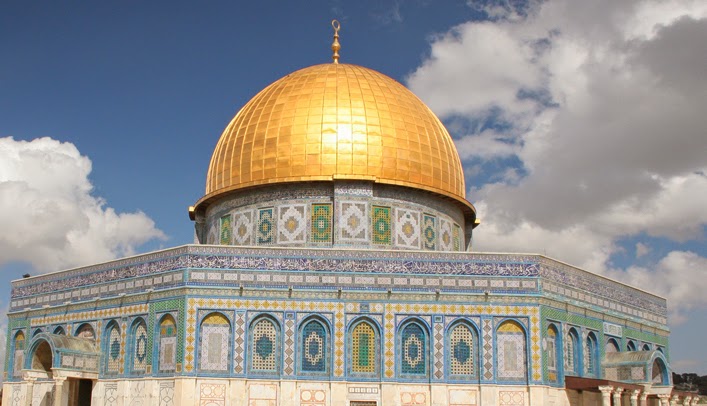 The Dome of the Rock, Jerusalem. Photo by the author, ©February 2013
Israel's Knesset should vote against harsh sentences for stone throwers—for security's sake

The Cabinet of Israeli Prime Minister Benjamin Netanyahu recently backed a bill that would allow the government to imprison stone-throwing protesters for up to 10 years even if it cannot be proved that they intended to cause serious harm (with a separate provision intended to make it easier to imprison those shown to have intended to cause bodily harm for up to 20 years). Given recent tensions in Jerusalem, it is no surprise that Netanyahu's government is taking action, but this is not the right action.

To see why, consider the options of an aggravated protester. Given few, if any, options for influencing Jerusalem policy via the political process, protests become the only way to voice dissatisfaction. Peaceful protests are the best way to do this, in my view, both because violence and destruction are bad and, more importantly, because partaking in them reduces the moral strength behind the protests, weakening their positive message. It is often impossible, however, to ensure that no one shifts to any form of violence. This is where the law can provide an additional incentive: The specter of punishment for violence may reduce its likelihood. Harsh sentences for small offenses, however, can actually lead to greater violence, not less, undermining Israel's security and interests over the long term (in addition to hurting Palestinians).

This may sound counter-intuitive, but it is actually relatively straightforward. If a protester decides peaceful protest is not enough, there are myriad ways to give a violent voice to his or her anger. One of these is throwing stones or other small objects. Another would be knife, gun, or bomb attacks. Throwing stones is certainly easier than attacking someone with a knife, gun, or bomb, as it requires little preparation, stones are readily available, and it can be done from a relatively safe distance. It is also much less damaging, which means it is less violent and thus normally carries less severe penalties. If this is not the case, the incentive not to resort to more violent means is blunted. A protester might be jailed for ten years for a knife attack. Under the proposed bill, s/he might also be jailed for ten years for throwing a rock at a police vehicle. If a protester has a knife, what's the incentive to use a rock instead? The knife will cause greater harm to the perceived enemy and will incur the same punishment. The rock becomes pointless.

If you've ever stuck your finger in a garden hose when it was on, you are familiar with the concept: Reducing the possibilities for the water to come out makes it shoot out with much greater pressure through the smaller holes left. By cracking down at the lower end of the violence scale, Israel risks increasing pressure at the top end. Israel would, of course, respond to higher levels of violence harshly as well. The result would be yet another area of increased escalation. Jerusalem could end up in a continuing state of considerable unrest, limiting Israel to just a few, unpalatable options. None of these would improve Israel's image, encourage Western backing, or thus improve its security in the long run. Such a move therefore runs entirely against Israel's own interests. Too bad it, like many measures meant to display toughness, runs in favor of Netanyahu's short-term electoral interests.
Labels: criminal justice deterrence Haram al-Sharif Israel Jerusalem Palestine peaceful protests Temple Mount violent protests