It's time (again) to ease the Gaza blockade 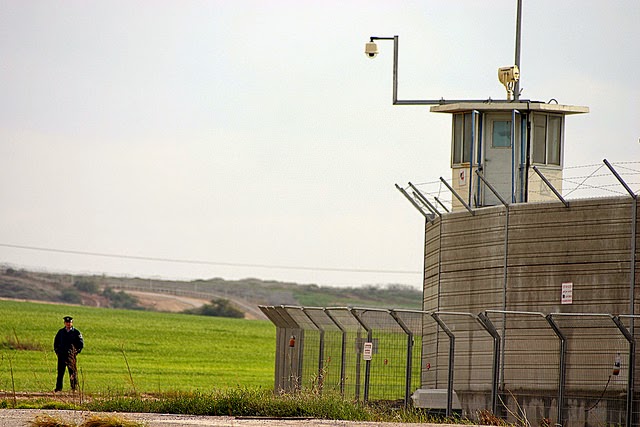 Photo credit: Flickr
The strictness of the Gaza blockade is dangerous for Israel and devastating for Gazans. Now is the time to change it.

Israel and Egypt let very few goods or people cross the border in or out of Gaza. Israel also restricts fishing to just a few miles offshore. When it was first put into place in 2007, the blockade was intended to punish Gazans for electing Hamas and to make running the territory difficult for it. The hope was that the West Bank would prosper and Gaza would not, convincing the latter's residents of the benefits of a Fatah-led government (the political party of the Palestinian President Mahmoud Abbas and former President Arafat). Compelling people to do something via economic sanctions has always had a mixed record (Cuba is a case in point, though some successes are also touted, including apartheid South Africa). From a deterrence standpoint (i.e. for preventing attacks by Hamas), the blockade currently makes little sense.
Easing the blockade directly after the most recent Gaza war would have looked like victory for Hamas and could have undermined deterrence by giving the appearance that violence against Israel pays. Now, however, is a good time to ease. It is obvious that Hamas did not manage to force Israel to ease the blockade: It has not done so and the war is over--for now. Hamas currently shows little inclination towards renewing violence. It makes sense to reward quiet (and not just to punish violence). In addition, some of Israel's own defense officials fear that the worsening economic situation in Gaza could undermine the cease-fire and lead to renewed violence. It seems obvious that, if the blockade harms the Gazan economy and economic hardship may lead to a return to violence, then easing the blockade and bolstering Gaza's economy should prevent such violence.
This is because deterrence seeks to maintain the status quo and there are two ways to do that. The way most security types focus on is punishing deviations from the status quo and making doing so so unpleasant that the other side opts to keep things how they are. The other way is to make the status quo more palatable. This in itself encourages the other side to maintain the status quo, but it also creates more room for punishment should violence rise again.
Given that there is little to recommend the blockade for security purposes, maintaining it is also immoral. It blights Gazans' lives and robs them of opportunities, something that should also be seen as a security risk. Whether viewed from a humanitarian or security perspective (preferably both), the strictness of the current blockade on Gaza makes no sense. The time to move is now, not during or after the next war. Furthermore, moving now could delay or prevent the next war, as well as providing more ways to fight it and giving Israel some much-needed breathing room among its international allies, who increasingly view it as excessively aggressive. Netanyahu has showed little boldness or fresh thinking thus far, here's hoping he can surprise us.
Labels: blockade deterrence Gaza Strip Hamas Israel Netanyahu