The morality of retaliation in warfare 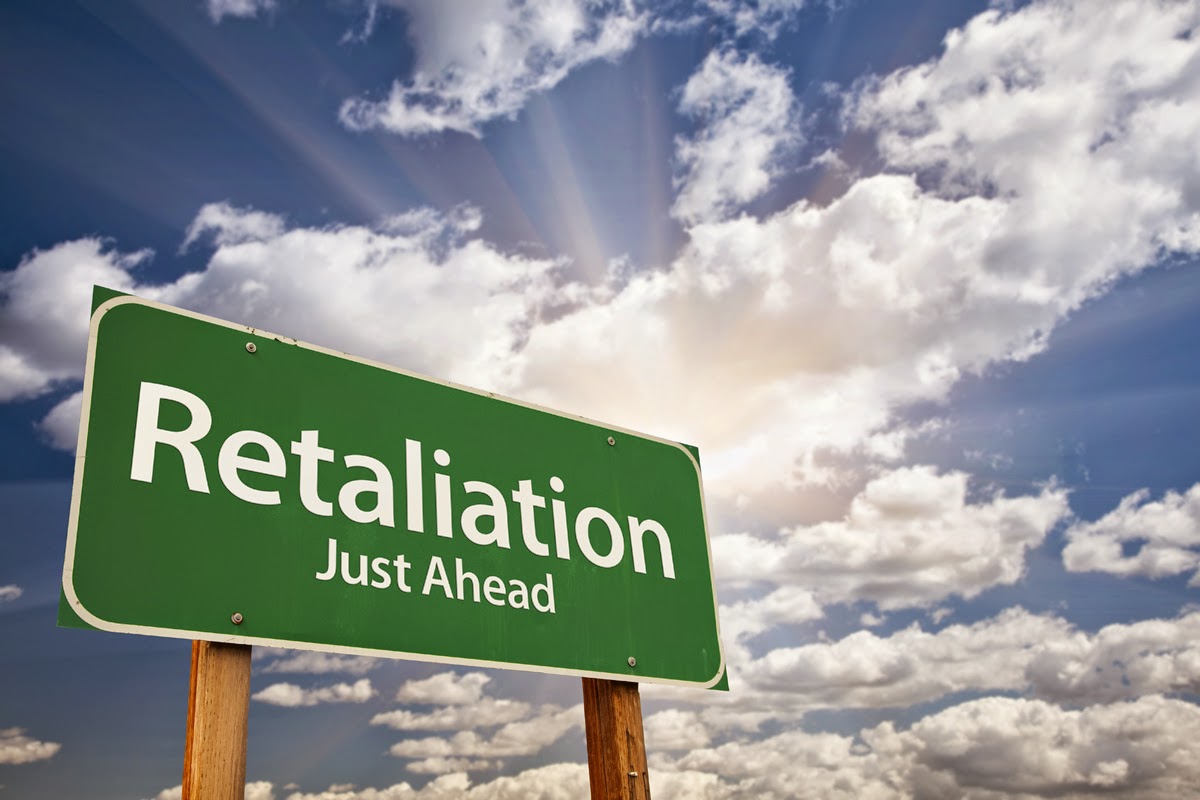 "An eye for an eye, a tooth for a tooth." The concept of retribution has been present in conceptions of justice since ancient times, with perhaps the earliest known prescription of it found in the Hammurabi code of ancient Babylon. Though a literal interpretation of such codes now appears barbaric to most people and Jesus himself advised his followers to "turn to them the other cheek as well" if they were slapped, rather than seek an eye for an eye (Matthew 5:38-48), modern criminal justice continues to codify retribution. Though modern criminal justice is meant to fulfill three purposes, the other two being reform and deterrence, retribution itself is seen as just. If the law in any state focused purely on reform, those wronged by criminals would likely see this as unjust and might even seek vigilante justice for themselves. Retribution may thus even be necessary to maintain the legitimacy of the legal system and therefore social order itself. Retaliation, which is how retribution is carried out, can also serve the functions of deterrence and, through that, reform of its target. Retaliation for wrongs thus has a long-standing legitimacy in human society and serves several functions crucial to maintaining order. At the same time, however, it has long been recognized that retaliation can simply perpetuate feuds and fuel escalation rather than deterrence and reform. In international politics, moreover, the legitimacy of acts of retaliation will almost always be questioned or rejected by those at the receiving end, exacerbating these risks. If retaliation causes more violence rather than less, it is unjust. Furthermore, certain types of retaliation, e.g. against civilians, are never justified. Where do the lines of morality and utility lie? Is retaliation even useful or justifiable?

In the play Fiddler on the Roof, a villager cries "an eye for an eye and a tooth for a tooth!" to which Tevye, the main character, replies "Very good. That way the whole world will be blind and toothless". This sums up nicely the view that retaliation is futile. After all, in a conflict situation, those on the receiving end of a reprisal will not view such a reprisal as legitimate because they are likely to view their own actions as legitimate—in opposition to the view on the other side. This is essentially the definition of conflict, after all. When seen as an illegitimate, us-versus-them act, retaliation often leads to new retaliation—i.e. to escalation. This leads liberal-minded people to posit that retaliation only makes things worse. Causing more anger and suffering on the other side is no way to create peace, the argument runs. Someone must break the cycle of violence instead.

This assessment of how to end a conflict is essentially correct. Eventually, the parties to a conflict must make peace and to do that, they must eventually stop retaliating and let go of grievances. An immediate shift from violence to peace, with both sides suddenly deciding to let bygones be bygones and to lay down their arms is often impossible, however. The deeps wells of anger and mistrust on both sides cannot so easily be pumped dry—even if seemingly everyone understands that this must eventually happen. History shows that most violent conflicts end only after one or both sides become exhausted or come to see continued fighting as futile—or perhaps dangerous. Two of the goals of retaliation, especially in warfare, are deterrence and compellence. Compellence is the threat of violence unless an opponent does something. Deterrence is the threat of violence only if an opponent does something. Compellence can be used during a period of violence to achieve a period of calm, with a deterrent threat used to maintain that calm thereafter. This is best achieved when one or both sides is/are capable of exacting a price unacceptable to the other side in response to an attack. If compellence and deterrence succeed in creating and maintaining a period of calm, trust can slowly be built and room can be created for the political negotiations that could eventually bring an end to the conflict itself.

The morality of retaliation thus depends on whether it can reduce violence. When rockets rained down on Israel from Gaza in increasing numbers in 2007 and 2008, Israel's violent response in the Gaza War of 2008-9 succeeded in bringing rocket launches almost completely to a halt. The calm lasted more than three years. Subsequent rounds of escalation brought renewed periods of calm after wars in 2012 and 2014. After each escalation, the Gaza Strip's Hamas rulers have arrested rocket launchers, called them "rebels", and shown that they were maintaining peace out of fear of retaliation—in other words, deterrence was working.1 This shows that retaliation can be used to restore and maintain calm.

At the same time, the case of Israel and Hamas illustrates retaliation's limitations. As mentioned previously, retaliation can be used to compel and deter in order to create a peaceful space for negotiations. In this case, the first step has occurred, but the second step has not succeeded. An end to the conflict thus remains elusive. The shortened time between bouts of escalation is also worrying. As I have argued previously (here and again here), Israel's failure to make the status quo in the Palestinian territories more palatable (e.g. by easing the blockade of Gaza and halting settlement construction) increases the risk and frequency of violence by undermining the effects of deterrence and Palestinians' trust. Moreover, Hamas's capabilities have actually improved with each round, even as the perceived illegitimacy of Israel's attacks on Gaza, as well as that of its settlement activities, means Israel is increasingly hemmed in by media attention and condemnation of its actions.

Retaliation is thus not inherently moral or immoral. Used carefully against militant targets, it can create periods of calm that may facilitate a negotiated settlement that would be impossible during periods of heavy bloodshed. As John Bew has shown in the case of the Irish Republican Army vs. the UK Government, accepting peace negotiations during fighting can actually embolden militants by appearing weak, encouraging further violence. Faced with escalation, a leader may thus have few other choices but to retaliate in the hope of creating a period of calm. Critically, this would be true regardless of whom one might blame for an individual round of escalation or for initiating a feud in the first place. Not to retaliate might in fact be the immoral choice if it ended up prolonging a conflict. In the end, though, Jesus and Tevye are right. Retaliation itself will not bring lasting peace and does run the risk of further escalation if applied improperly (e.g. against civilians at any time or using disproportionate force during periods of relative calm) or without the necessary commitment and capability. Retaliation can be used as a step toward peace, however, and such use is deeply moral.