It's the accumulating wealth at the top of the pyramid, stupid! 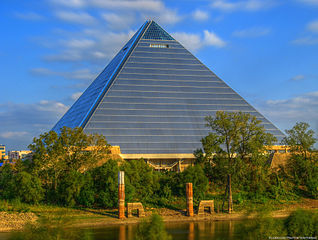 Photo by: Exothermic on Flickr
The accumulation of wealth in the hands of the few can explain many of the rich world's current economic ills. The solution is redistribution, but not in the old, socialist style. It's time for a tax on non-productive assets, a removal of inefficient tax breaks, and the liberalization of laws on who can build what when, where, and how high.

Scholars from Marx, to Hobson and Lenin, to Keynes, to Thomas Piketty have recognized that wealth tends to accumulate among those who already have it. The reasons are simple: wealthy people have money left over that they do not need to spend. They can therefore invest this cash and get returns on it. What's more, their financial security allows them to take greater risks, with higher average returns, than those who are not as secure. For example, imagine you offer an average 40-year-old homeowner on an average American income the following: If she pays you $100,000 by mortgaging the house or borrowing from savings or friends, you will pay her $150,000 at the end of the year (and let's imagine she believes you), OR, she can give you $100,000 for a 50% chance of getting $400,000 at the end of the year, but with a 50% chance of losing all of it. Most people in her situation would choose the safe $150,000. It's a 50% annual return, so why not? A wealthy person, though, would almost certainly jump on the riskier option, especially if there was a possibility of "playing" more than once. After all, the average win is $200,000, a profit of $100,000 (or 100%) in a year (on AVERAGE!)! People who would not lose everything if they lost $100,000 can afford to take such risks when there is a high probability of great reward overall. So wealth accumulates at the top.

Is that bad? Beyond envy, it also seems unfair that some people can afford to take greater risks and get greater rewards than others, though it should be pointed out that, in the above (unrealistic) example, there'd be nothing preventing someone from "climbing the ladder" by starting at lower risk. Nevertheless, those who start life with more have greater opportunities. Some of them are lazy or incompetent and squander them, drifting down the wealth pyramid, and some at the bottom rise up, but study after study has shown that this is rare. There is thus already a moral case for increasing equality of opportunity. There is also a macroeconomic one, however, and it also claims to lay the blame for stagnant wages, rising debts, and financial crises at the door of wealth accumulation with the rich.

The macroeconomic case is as follows: The rich are the ones who invest in the capacity for the economy to produce things because they have the extra capital to do so. The workers and the poor, who need to spend most of what they earn to survive and have less money left over to risk on investments, etc., are thus the main consumers. They represent the demand in the economy, and the rich represent supply. When consumers buy things from firms, those firms become more successful, expand, hire more workers, and pay higher wages, increasing those workers' consumption, boosting other firms, etc. etc. The problem, as per Hobson and Lenin, is that, as wealth accumulates with the rich, and the rich consume less than they earn, investing the rest, production will grow faster than demand. Consumers won't be able to buy all the goods on offer at a price that would turn a profit for producers. The result is falling profits, collapsing wages, and crisis. The solution, as proposed by Hobson and Keynes, was to redistribute some of that extra wealth at the top to those at the bottom in order to boost demand and slow supply, keeping them in line with each other. The high inflation and stagnation of the '70s suggests countries may have done too much of this by the late '60s and '70s, and some countries never passed through the reforms of Britain and the US of the '80s, '90s, and 2000s and might still need more of them. For many parts of the rich world, especially Britain and the US, however, this explanation for crisis and stagnation is compelling.

Following this explanation, the financial crisis of 2008-9 was caused because of how the economy reacted to oversupply and lack of demand. With redistribution cut and other costs for working people rising, like healthcare and college tuition, leaving less money for consumption, the wealthy saw declining returns from boosting production. They sought other places to put their money, like subprime mortgage debt, real estate, gold, wine, and art (record prices being hit again right now for works of art). As mentioned, working class people tend to spend all that they earn. Redistribution in effect gives them extra earnings. In the 2000s, working class, poor, and middle-income people instead simply spent more than they earned and borrowed the difference. Those who had more savings than debt thus plowed money into loans, making them cheap. Interest rates were low. This allowed demand to continue to match supply for a time and gave investors two ways to make money: increasing supply and investing in debt. It was not sustainable, however, because debt levels obviously cannot rise forever. When they stopped rising, consumption no longer kept up with supply and a long period of crisis and weak demand followed. Today, wages and productivity are not rising as quickly as expected, whereas asset prices, like the prices for houses, penthouse apartments, works of art, and the like are all back to their rapid rises of the pre-crisis years. This is once again fueled by debt in the form of ultra-low interest rates and quantitative easing by central banks. In essence, we are trying to prop up demand by making borrowing artificially cheap again. This can work in the short term, but only if overall productivity and wages rise and consumption becomes sustainable. The Marx-Hobson-Keynes explanation of the crisis suggests this will not happen.

So what can be done? Higher income taxes blunt incentives to earn more and therefore hurt productivity and consumption. They therefore are not the best way forward. There are loads of tax exemptions for income however, and these ought to be removed. The most glaring of all is the capital gains tax (CGT). CGT is a tax on money earned from investments. Some argue it's unfair because it taxes money you've already earned. Nonsense. That's true of everything other than income tax and CGT. It taxes only money earned above what you invested. Wealthy people make loads of money through investments, yet these are taxed as if they were earning the wage of a secretary (as Warren Buffet pointed out). This is wrong.

In general, however, it makes the most sense to tax investments that are not contributing to the economy. Income (corporate or personal) is a good thing. If income is spent or invested in ways that boost productivity and the economy, this is a good thing. Taxes on all these should be relatively low. If income is spent on things that do not do this, however, this benefits only the asset holders (the rich). Since this reflects excess earning generated from the economy, there is a case for clawing back some of the value and investing it in things that improve equality of opportunity (like free child care for working parents, free preschool, and cheaper, better education). Mansions, penthouses and the like contribute nothing to the economy. A tax on the value of non-productive assets (like the proportion of the value of a home over the median value for homes in a state or city and a tax on the entire value of second and third homes, as well as ones on yachts, private jets, cars above the median value of cars, etc.) could be used to pay for these amenities, all of which should properly seen as investments in greater growth and prosperity for the future (notice they are NOT "wealthfare" or healthcare spending, both of which only boost consumption and are not investments in greater future growth).

Another thing that would help those in the bottom half of the pyramid would be relaxing restrictions on building and on building heights. Artificial restraints on these, particularly in prosperous cities, have crimped the supply of housing and caused house prices to skyrocket. Increasing the supply of housing, and therefore reducing its price, would reduce the cost of living for younger and poorer people, raising their standard of living and boosting consumption without the need even to raise wages. The problem is that the majority of Americans and Brits already own their homes and have no desire to see house prices fall (I wrote a post on the "new landed class" about this). In fact, due to all the mortgage debt, a fall in house prices could even be dangerous for the economy. A slowing in house price inflation, followed by a long stagnation, however, would be of immense help to future generations.

Wealth does accumulate at the top and this is a problem for everyone. The solutions needn't discourage work or "punish" the successful, but should instead steer cash from non-productive uses like property buying and luxury goods towards productive uses that help level the playing field a bit, above all to those that help working people get working more easily and help their kids climb the education ladder at low cost. It's time for a change.
Labels: Economics education equality of opportunity financial crisis Hobson Karl Marx Keynes Lenin macroeconomics non-productive asset tax non-productive assets redistribution standard of living