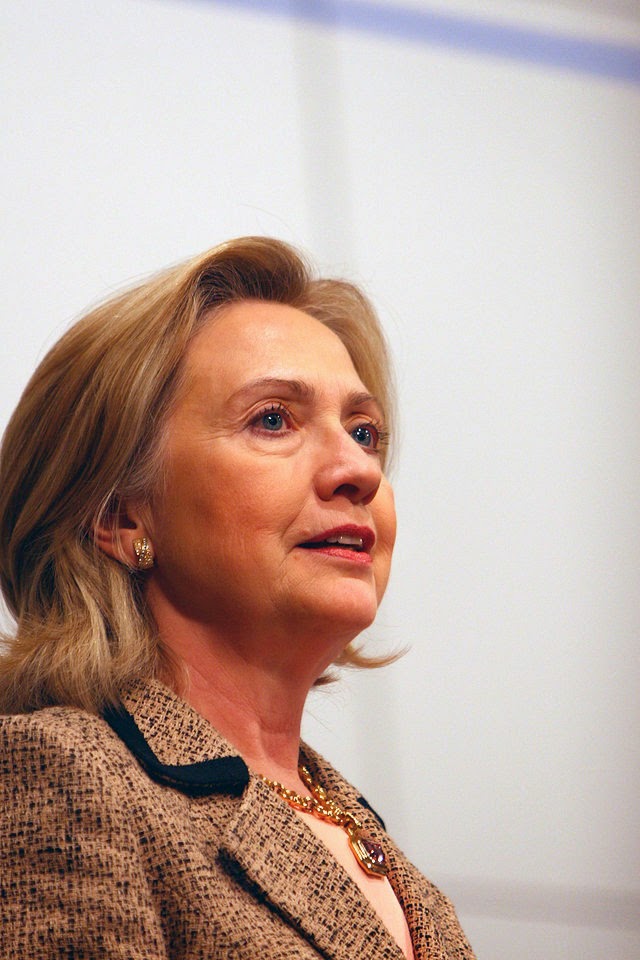 Hillary Clinton used a personal email account and server for all official business while she was Secretary of State from 2009 to 2013. Although she seems not to have broken any laws outright, she has certainly made it more difficult to process Freedom of Information Act requests lodged with the State Department, for example, and the State Department must comply with such requests and must make official correspondence available. She therefore does seem to have violated the spirit of such rules. Transparency is a big buzzword these days and it is seen as a way to combat corruption, crime, laziness, and dishonesty, all laudable targets. But enforcing these rules is difficult, to say the least, and it is also not clear that transparency is always the best thing for diplomacy.

According to politifact, federal rules state that it would have been OK for Clinton to use her personal email account in an “emergency.” While noting that she had not actually broken any laws because the rules were tightened only after she left office, experts say that EXCLUSIVE use of a personal account is not allowed. Where do we draw the line? How much use is then permitted? How can we know that that occasional "emergency" correspondence was not where she broke laws and committed corruption?

More problematic than the arbitrary percentages of personal email account use is the question of enforcement: Presumably, Clinton could use her personal account for any personal correspondence. But it would be Clinton herself who would judge what’s personal. This is exactly what her opponents now accuse her of. Since the personal emails are not looked at, who is to say whether they are personal or not?
In effect, then, there is absolutely no difference between Clinton claiming to use her personal account only for personal emails and Clinton claiming to have deleted only personal emails from her records before handing over everything else (which is the current situation). Her opponents have argued that there is no way to verify that she has really handed over all the official emails. But this would be the case if she had used her personal account only for personal emails, too, which would apparently have been perfectly fine. There would still be no way to be sure that she hadn't conducted some official communication via her personal account. The rule thus appears pretty unenforceable unless all government officials were prohibited from ever having any private email accounts.
This rule was meant to serve a seemingly laudable goal: transparency in, in this case, diplomacy. There have long been demands to end "secret diplomacy" because of suspicion of just what goes on behind closed doors. More crimes are committed in the dark than in the light of day, after all. In addition, how can a democracy function well if its people do not know what their government is doing? How can the people make themselves heard? Transparency at all levels, including diplomacy, is supposed to fix this.

The problem is that making negotiations, rather than just their outcomes, public can make diplomacy nearly impossible—and without diplomacy and negotiation, cooperation becomes nearly impossible as well. Without cooperation, everyone is worse off: shared economic benefits don't materialize, wars become more likely, collective action on pollution and climate change can't occur, etc. The reason is simple: Both sides need to be free to offer unpopular things in exchange for what they want. Deals often fall through. The public might accept slaying a sacred cow in exchange for a big deal, but revealing that a leader was willing to do so and did not achieve the hoped-for outcome could cause cries of “traitor!”
Secret negotiations thus allow the two sides (or even two negotiators) to speak openly with one another without constantly worrying about how their domestic audiences are reacting to what they are saying and how this might affect their re-election chances or other aspects of political capital. Though a deal was not reached in the end anyway, the Camp David negotiations between Israeli Prime Minister Ehud Barak and Palestinian Auhtority President Yassir Arafat are illustrative: They both offered things in secret that they could not have offered if opposition back home had constantly been up in arms (e.g. both of them moved towards sharing Jerusalem, which, in public, neither had dared to say they could do).
Clinton went against the spirit, at least, of transparency regulations, but those regulations are inherently arbitrary and it is also easy to see why she would wish to skirt them. The negotiations leading to a deal should be permitted to remain secret and be protected from the scrutiny of all but a few insiders, at least for a time. Doing the opposite would not only be impractical (as it would require ALL correspondence to be publicly available, as I have shown), it would be undesirable in the case of diplomacy.
Labels: American Politics Democrats diplomacy email scandal foreign policy Hillary Clinton international relations Republicans security transparency