War between countries is over? Think again. 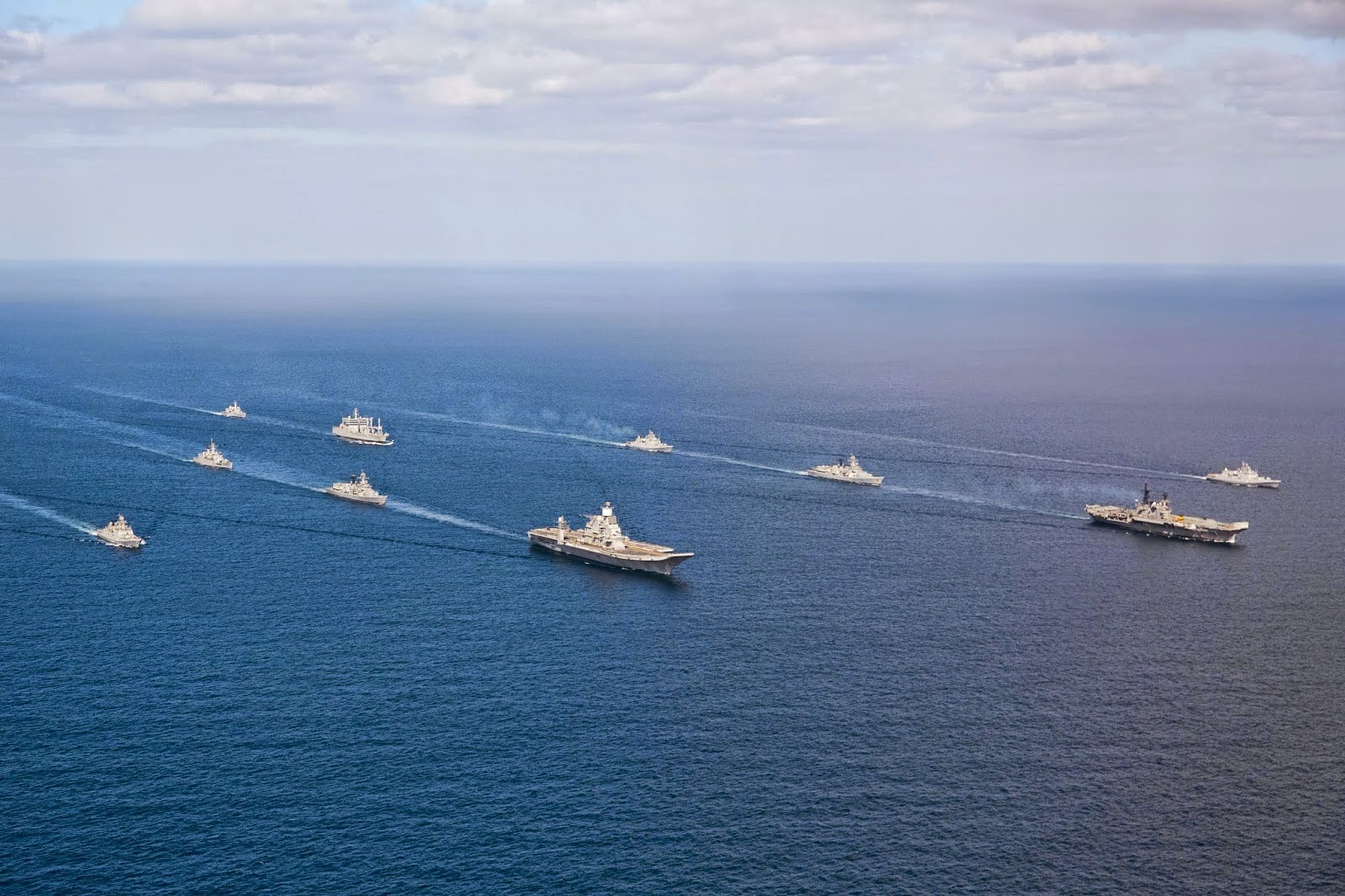 Liberals and idealists have declared the end of war many times before. In 1914, many believed that economic interdependence had made war in Europe unthinkable. After WWI, it was hoped that the League of Nations would stop war. The claim that interstate war has died out has now re-emerged yet again. Less sanguine than the idealists of the past, experts like the retired British General Sir Rupert Smith and the renowned Israeli military historian Martin van Creveld argue not that war has ended, but that one type, interstate "industrial" war, is no longer. Instead, the world will fight more insurgencies and small wars against terrorists "amongst the people", to use Smith's phrase. Nuclear weapons are believed to have a limiting effect on conflict and to support the status quo. In addition, norms against violence have spread, just as globalization has reduced the need for states to fight over resources and territory. These latter points may be an effect, rather than a cause of the decline in interstate war, however. Another explanation is also possible: The structure of the international political system has shifted from multipolarity up until the World Wars, to bipolarity until the fall of the USSR, to unipolarity since. It is no coincidence that interstate wars have fallen at the same time. Unipolarity will not last forever, though. As it fades, we may see the return of interstate war.

Influential authors like historian Martin van Creveld have stated that "Large-scale, conventional war... may indeed be at its last gasp". British former General Sir Rupert Smith states bluntly that "war as a massive deciding event in a dispute in international affairs... no longer exists". The latter argues that this type of war, which he terms "interstate industrial war", has been replaced by "war amongst the people": peace-keeping and state-building operations, counterinsurgencies, and the like, to which there can be no decisive end. This has indeed been the case for conflicts since at least the US's War on Terror and both authors show that the trend has been heading in this direction since the end of WWII. Western militaries are now responding to these trends, shifting capabilities away from interstate fighting and towards fighting insurgents and other smaller groups. Trends can change directions at any time, however, if the cause of such a change is not properly identified.

Smith and van Creveld offer numerous reasons for the decline of interstate warfare, such as changing norms about violence; the rise of different sorts of identity politics based on, for example, religion; the spread of the media into the hands of private individuals able to promote their causes and connect with other would-be militants; and, perhaps most notably, nuclear weapons. Except for the spread of nuclear weapons, which have indeed had a moderating influence on international politics, the other trends noted above could just as easily be effects of a shift away from interstate war rather causes of that shift. At a time when there is no need for large-scale interstate war, there is accordingly less desire for it (norms against the use of force grow stronger). Similarly, as external conflicts lose salience, internal ones grow in relative importance, allowing grievances based on religion or ethnicity to gain greater attention. Even the democratization of the media, which is certainly not due to the recent decline in interstate war, may still not end up limiting it: When the populations involved in such wars see them as necessary (potentially for survival), images of their effects may not help stop them. One thing not offered as a reason is the shift from a multipolar structure in international politics before the World Wars, when there were multiple "Great Powers" with considerable military might, to a bipolar structure during the Cold War, to a unipolar one thereafter. If the cause has been misdiagnosed, the disease of interstate war may return unexpectedly.

Massive interstate wars could be avoided in the period leading up to WWI only by maintaining a "balance of power" between competing Great Powers, all of which were based in Europe. When one state gained in power, alliances would shift to compensate or a small war might be carried out to restore the previous balance. In the early 20th century, however, Germany became so powerful in its own right that the alliance of all other Great Powers against it was not enough to constrain it.* The two World Wars knocked most of the European powers off the list of Great Powers, leaving only two "superpowers": the Soviet Union and the United States. States throughout the world aligned with one or the other superpower and would find one or the other (or both) taking a strong interest in their internal affairs.** Interstate wars continued, but they were often indecisive (Korea and Vietnam) and of uncertain necessity (Vietnam), leading to a great deal of questions about their legitimacy. Since the Cold War, the world has been left with just one "hyperpower": the United States.*** I have argued previously that the world is still unipolar, contrary to popular belief. Read this to see why. The Iraq Wars have shown how quickly the US can win interstate wars and, in the case of the second Iraq War, how quickly it can become bogged down in a "war amongst the people". But how much of this is related to unipolarity rather than a fundamental shift in the types of wars now possible?

In times when military power is more evenly matched, states often cannot gain the decisive military victories that would pave the way towards state-building thereafter. Not only that, alliance partners could very well balk at the prospect of the balance of power then swinging too much in the other direction. If governments are left mostly in place, counterinsurgency and state-building remain the responsibility of the invaded, not their invaders. Wars with more limited objectives to restore the status quo would thus be seen as more necessary and may therefore become more common. The First Iraq War actually fit this model, though the US had the power to do much more. In a multipolar world, the US might retain that initial war-fighting capability, but would not necessarily have that choice to do more. The First Iraq War could become the rule rather than the exception. The world is militarily unipolar, but is economically multipolar already. This matters because economic strength is one critical foundation of military strength. As the wealth of other countries, like China, rises, so can their military spending and capability. The world's current unipolar structure may thus be replaced by a new bipolarity with China or, perhaps more likely, a more multipolar structure with China as a Great Power.

Though the moderating influence of nuclear weapons is not going away, the decline of interstate war has also come with the concentration of power in the hands of the United States. Other factors supposedly limiting interstate war, like changing values and increasing interdependence, may very well be the result of fewer wars rather than the cause, as the world has seemed safer for interdependence and as the declining necessity of war has allowed more peaceful values to flourish. Similarly, unipolarity has caused the US and its allies to expand the goals of wars to state-building and changing the way the world itself is ordered, giving rise to counterinsurgency and anti-terrorism operations, just as these have become more common as identity politics increase in salience in a world made "safe" for them by a lack of interstate wars. If this is the case, fewer poles may be the best explanation for fewer wars and a rise in state-building and counterinsurgency, rather than any permanent shift in war-fighting "paradigms". As the world swings back towards multipolarity, the resulting instability may give rise to new interstate wars as countries shift alliances to seek advantage and worry more about the relative power and security of their respective blocs. We should not declare victory over interstate war just yet.

*This is, of course, the simplified version of the story. Germany also felt the need to preempt the rise of Russia, was pulled into war by a weaker alliance partner, and the system of alliances had become too rigid and no longer so focused on balancing power.
** Some states explicitly refused to align with either, but this was a choice they could only make if they were deemed neutral enough, unimportant enough strategically, and didn't feel the need to ask for support from one of the superpowers.
***This, in turn, has reduced the number (because of a reduced view of their necessity) of the proxy wars common during the Cold War.